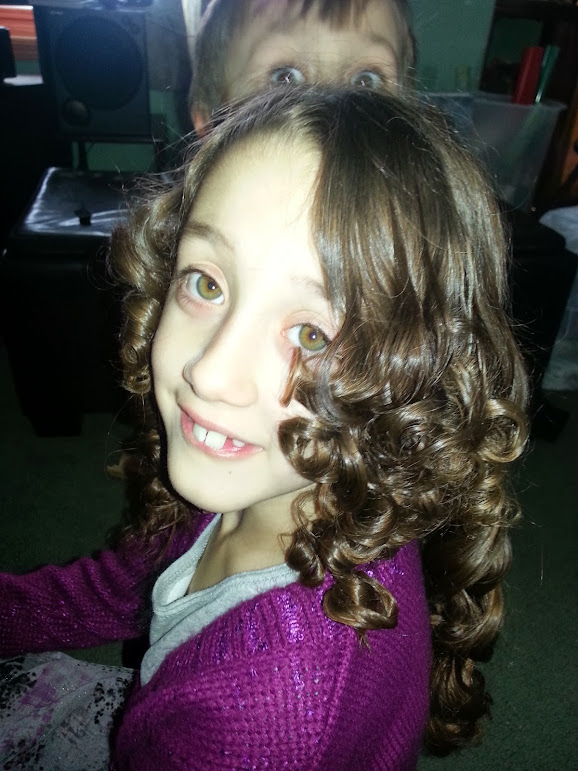 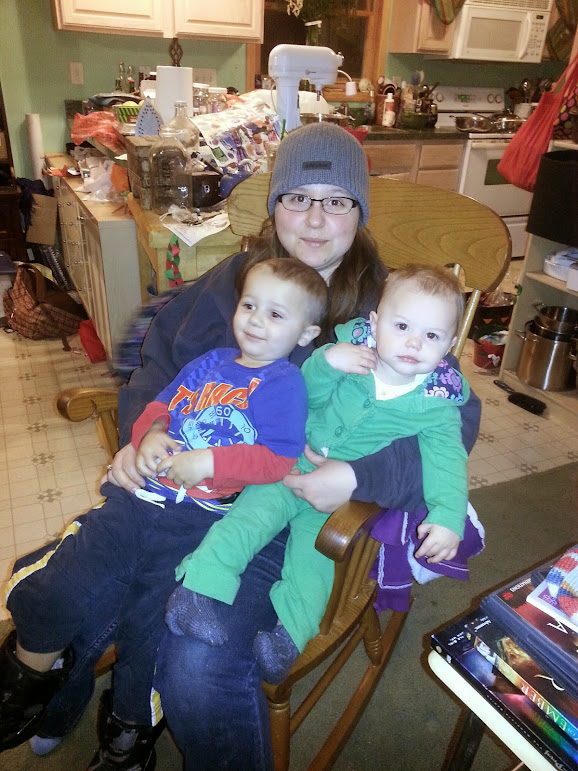 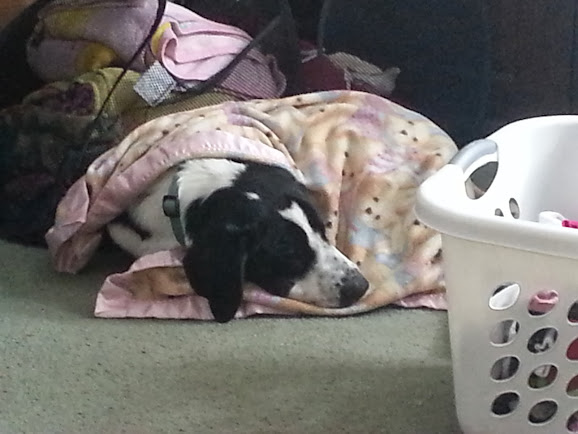 Still test knitting. I am working currently on Merridy for Tweedle Ro, it is in a lovely yarn mentioned below; this is a test knit for the designer due before the end of December but I hope to be done by the end of the weekend. I am on the body and wondering when my girls got so big because this is never ending, no wonder I haven't knit myself or any other adult a sweater yet, oye! The yarn for this is from KnitPicks Stroll Sock Yarn in Duchess Heather for the main part and Midnight Heather for the accent. I will also be knitting dresses for my other two Ladies, I purchased patterns from the same designer and went with the same brand of yarn in hopes that they will work up similarly. Ju will be getting Marisole in Everglade Heather and the same black heather as accent. Tweedle Ra will be getting Giselle in Dogwood Heather and the same black heather as accent. Unfortunately my hopes for Christmas dresses are dashed by the fact that I have yet to finish the first one. I will also be making Boy a vest or sweater. No pattern as of yet, but it will be in Firecracker Heather and the same black heather as accent. Pictures hopefully soon to follow.

I hope they are all done by Valentine's day at this point. Wish me luck.

I test knit a sock, pattern is not available yet. It is the cutest damn thing! I still need to make the second one so that they can be a Christmas gift for my Goddaughter. I made them big, she isn't even one yet, in the hopes she can wear them longer, maybe with another sock for now and then alone when she is bigger. 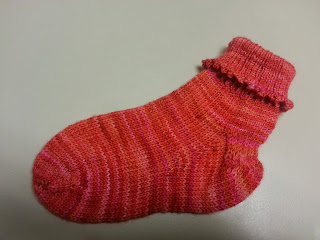 PS Sorry the picture isn't great, taken at work with my cellphone with no natural light to speak of near me.

So I have moved jobs. I no longer work for a cold storage but instead work for a bank. The commute is sucky but at least I get home at about the same time everyday.

Kids are doing fine. Ju is in 3rd grade and starting to get that pre-teen-atude. The Tweedles Ro and Ra are in 2nd grade and doing well, still emotional but that is just who they are. The Boy is in 1st grade, he doesn't like it as much as kindergarten because it is harder but he seems to be the most natural academic.

Husband is fully bearded for a long while now, I love it. Didn't think I would at first but it's grown on me. He has lightning streak white hairs in all that dark and I find it very handsome. He is doing well and starting to do more SCA heavy fighting again. I think he really missed it.

We had two dogs at the beginning of the year but unfortunately had to give one away. Boris the cat is getting old and cricks when he walks but he is holding in there. The puppy we kept is named Brutus and he is half lab, half something we don't know but I think is great dane. Pictures hopefully soon to follow.

I'm doing all right. Keeping afloat the best I know how. Work is slow and sometimes tedious but it is work, so I can't really complain. My klutziness is high but what can I do about that other than be more careful around stairs. I am knitting more. Took a couple test knit gigs where I get to keep what I made, I am hoping it will help with the holiday gift giving.

Hopefully more later. I am trying to be more committed to documenting things for the future.
Posted by Sarah at 4:09:00 PM No comments: 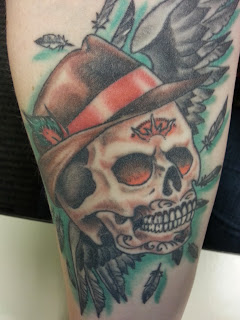 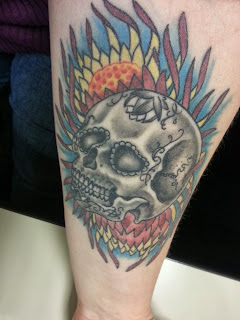 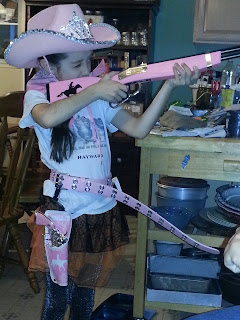 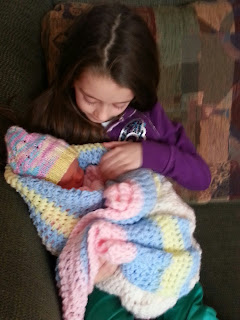 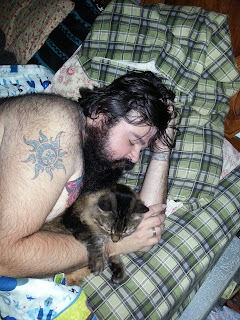